my mind is cloudy.

my throat is fuzzy.

my eyes are slowly closing their lids.

so,bear with it if i slow down my blogging activities for the next few days.

what i stated just now maybe just a whim cos from the past,whenever i said i'll slow down my blog,i end up BLOGGING. just like the time before SPM,before final exams, and before anything important in the future.

anyway, yesterday,emi was at my house. now,she's at her house.

ok, i no need to state that.but whatever.

still, we end up eating there cos we really crave for japanese food. or maybe only me.but whatever.

it was nice,the food i mean. not as good as the Tokyo-G,but it's ok. maybe i can give a better review if i choose the right food. i wanted to eat chicken,but end up eating vegetables. so my mood a lil bit down cos i ordered the wrong food. 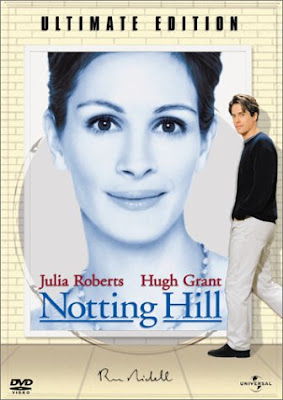 THIS MOVIE IS THE CUTEST MOVIE I EVER WATCH!

maybe after years of supporting Liverpool, i already fall in love with the british humour.hahah. William Thacker(Hugh Grant) is one of the sweetest bloke i ever watched. i love it when Anna Scott (Julia Robert) said:

Anna Scott: After all... I'm just a girl, standing in front of a boy, asking him to love her.

which is very sweet,cos Anna Scott is bloody famous actress,and she said that to a lowly owner of a travel bookshop.so it's very sweet.haha.

and the movie's soundtrack are really good! don't be surprised if i use them as my new blog's playlist.haha.

yes,yes.the one with 2PM in it. i watched the one that have SHINee as the guest.

then we went to sleep.

this morning, we went karaoke-d at sunway pyramid.

and here's the list of the people who hogged the microphone the most:


yeah.
the KMPP idol and the Welsh-accent girl hogged the microphone the most.

photos will be upload later.haha.
as blogged by Alia Liverpool at 10:59:00 pm

Email ThisBlogThis!Share to TwitterShare to FacebookShare to Pinterest
Labels: friends, hang out, movie