i went to Tokyo: planning time 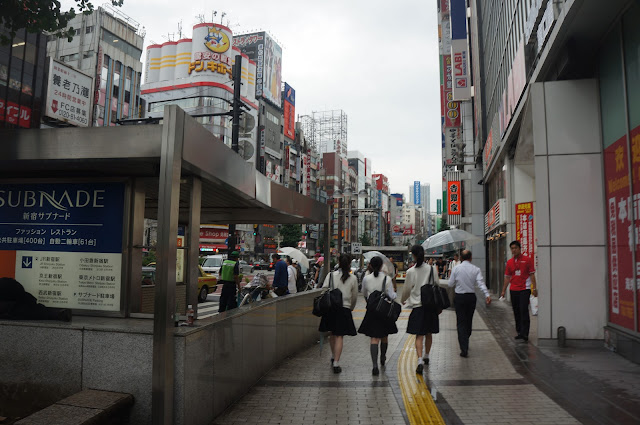 my flight ticket was paid by my sister, who suddenly wanted to go to Tokyo. i didn't have any money at that time (and also now) so i was contemplating at first. then she said her friends mostly are blacklisted by PTPTN, that they cannot go to any oversea trip.

so her last resort is me.

it wasn't the "i'll pay for ur tickets first" that convinced me to go. it was her history of travelling anywhere. she had plenty bad lucks whenever she had a plan to travel. there was a time that her friend who kept the tickets for her USS trip lost her father, so end up that she could not go. money burn just like that. then there was that time where she planned a short stay at Majestic Hotel in KL, and she couldn't go there too. then there was that time when she already bought ticket flights to Krabi, and suddenly there was bombing incident in Thailand. conclusion: her travel luck sucks.

therefore, she asked me. and i pitied her bad lucks. and i might as well accept it cos the last time i actually went travel oversea by plane was about 12 years ago where i went to Bandung and Jakarta with my family. at that time, the 1ml liquid rule haven't even exist yet.

so we bought the tickets on January 29, my sis' birthday. bought from Airpaz. the price for 2 people, return tickets were about RM1899, AirAsiaX. we chose the best time we could think of: a week after Raya, where nobody could disturb my raya. oh, we purposely chose summer time cos we wanted to save some money. so we chose to just rely on handcarry bags cos we didn't need to bring too many clothes. but still, no plan is perfect.

our accommodation? we booked them at Grids Nihombashi East Hotel & Hostel. the hostel was rated 'fabulous' in Booking.com. it's about 3200yen/night. i'm a person who always plan ahead. i saw that we could cancel it before 29th June (flight:30th June) so i booked for 4D3N.

as it was our first time travelling overseas without the parents, i sent plenty messages to the hostel and they were kind enough to answer those questions. here are the screenshots: 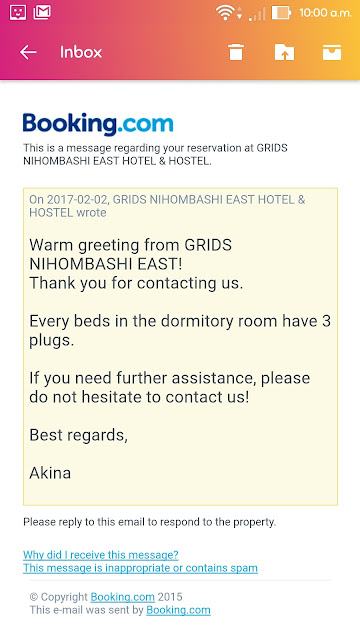 so i asked them about the amount of plugs they provided for 1 bed. btw, i stayed in a dormitory-styled room a.k.a a capsule. woot woot!

and these are my favourites 😂😂😂 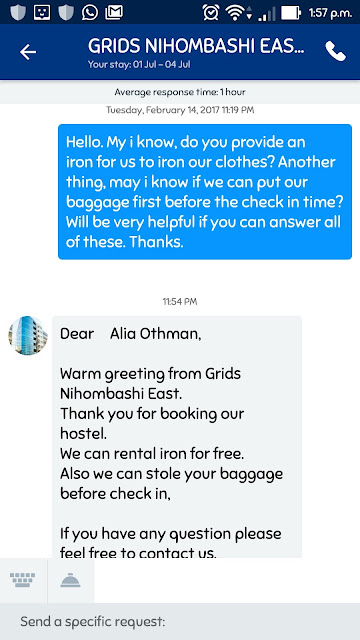 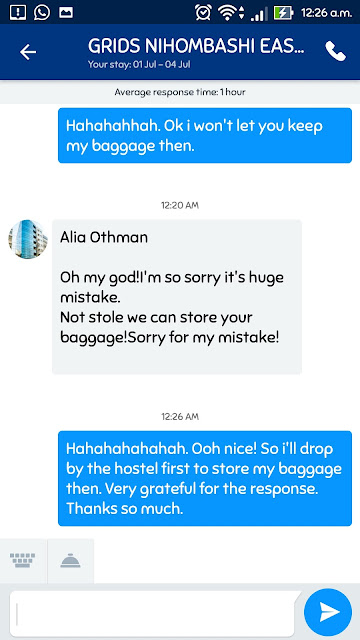 kawaii-ness at it best!

btw, the flight we chose would depart at 2.30pm, Malaysia time. it'd arrived Haneda Airport at 10.30pm. because we thought that we might be delayed at the airport, so on the 30th June, we planned to just sleep at the hotel.

oh, you really can sleep at the airport. many people do that. there is also shower room. but unlike KLIA2, where i found to have free shower rooms, Haneda Airport's shower room has an entrance fee of 1500yen/30min. additional 500yen for each 15min more. tho i heard they provide free toiletries.

so the initial plan: arrive at the airport, pray at praying room, sleep there (if can), shower at shower room.

THAT was the initial plan. as usual, there's no perfect plan in this world.

i'll talk about that in the next post when i have free time. tata!
as blogged by Alia Liverpool at 4:41:00 pm No comments: