A country where the corruption is everywhere and the people don't even notice that what they are doing is corruption. Life is good after all when doing bad things not even noticeable.

But still, without Sabah and Sarawak, we won't be as rich as today.

And without MO1, we won't get as many debt as today too.

Life has made mature adults become 'aku malas nak kisah' then 'what happened? Did something happened??'.

Maturity change you. Life change you. So many disappointment that you just have to enjoy life even for the littlest things. Like seeing a pokemon, you feel so excited catching a Zulbat when you already catch it zillions of times.

Freedom is so far away for me. Sometimes i regret why i didn't just work and have a less than RM2k salary instead of being a postgrad student where i only get allowance for 2 years only. But then again, what is life when you think that you expect yourself to not be a student after 2 years?

I am more mellow now. Maybe the 'i don't care attitude' makes me mellow. I try not to shout too much. I try not to be angry too much. I become more reasonable. And when this happened, i see things from a mellow perspective. You see how unreasonable a person is when she's angry. You see the cruelty, the rudeness, the selfishness a person can be.

Happy Malaysia Day. Where the country only unite only during Olympics.

And also during holiday season.

have you watched Train to Busan? the one that has that movie poster of hot Gong Yoo carrying a little girl with the lovable Jung Yumi behind him running with him from behind? and with some trains and explosions at the background? and if you notice, there might also be hundreds of zombies at the back. 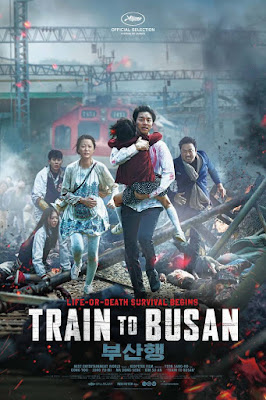 i'm not a fan of zombies. really. excluding the sequel of that Maze Runner movie, i kinda hate every zombie movies out there. the last one that i remember that i actually like is Night of the Living Dead, which is brilliant.

but this Train to Busan tho, might have top it. it was brilliant! it was thrilling! i knew i would like it, but i was actually avoiding it cos i don't like zombies who eat human flesh scenes. to be honest, i'm not a fan of horror movie or any ridiculous movies like Final Destination.

but if you're a Game of Thrones fan, those brutal scenes are nothing after all.

this movie, this Train to Busan movie is just different. it was like i was riding a roller coaster for 2 hours when i saw it. i couldn't keep quietly at my seat. my sister also didn't sit quietly cos both of us were just so nervous. i love that thrilling feeling. it was awesome.

Ma Dong Seok tried to punch a zombie, ooh, i even moved my body.
Gong Yoo tried to escape, ooh i made an escape move.

it was awesome. it was fantastic.

it wasn't so much of the actors or the storyline that made me excited. it was the feeling that i got when i watched it. the actors are brilliant, every Korean movie fans know that. but the characters's desperation to survive is just so strong, you end up feeling intrigued by it.

i haven't had this kind of feeling when i see something. i think the last time i had this much impact might be after i watched The Princess Man.

you have to thank Korean directors for knowing how to make a person absorbs in things.

all this for sexy legs

i have some little secret to tell.

yeah. i really did. tbh, i kinda feel a bit regretful now cos its name has 'Weight Management' instead of Slimming stuff.

i know you'll say "why Alia why?? you so thin. what else you need to change?"

tbh, i love my body curve. i have breasts, not too big, not too small. still some meat in it and i like my look when i have my shirt hugging my body. so really, i love it.

the thing is, i want a nice pair of legs. i love my legs. but if i have a chance to slim them like those model's, i'll take that chance.

this all started yesterday, after i did my progress monitoring presentation. i did ok. thanks to the panels who were very kind to help me not feeling bad. i was in a brilliant mood after that. the Liverpool 6-0 win over Villa also better my mood. i felt like nothing could change that mood.

the London stuff was just a trial actually. i answered a survey at Ensogo, and they gave a free-trial of that weight stuff. so i went. but hey, the consultant there was a bit demanding. and when she said i could use the student price for 10 sessions, i immediately took it.

ok ok. i did spend some time thinking. but only after 5 minutes. then i paid 3/4 of the full price.

like i said, nothing could change my mood. i was in the best feeling ever. and i have the money to spend it.

so the consultant got really happy that she finally had a new customer and so she took care of me. got some treatment done. tbh, i don't really care about the names of the treatment. i was just thinking "how will my legs look after this?"

still, most of the treatments kinda like 'steaming' me. literally. i got 'steamed'. literally. liquids went out of my body in non-sexual way.

thing is, i would like them to tell me the time spent for doing those treatments. i was in a happy mood. i had to lie down myself on a bed and wait for toxins to came out of my body for about 40minutes. i should have bring some books or anything that could make those stuff less boring.

the consultant was a bit sad when she asked me if i had a good time. i said "ok la".

then i realize that i never am satisfied with anything. i could have gone shopping but even if i buy anything, i still am not satisfied. the excitement is gone.

so i end up spending at this pricey stuff. ah well. better now than later. ha ha.

anyway, as this is a weight management thing, i forgot that i have to manage my weight including my food. or else, those liquid stuff gone out of my body treatment will become useless. so i'm having the first diet in my life. be jealous. har har.

Bit by a kitten

Bit by a kitten few days ago. Think it was nothing until the blood kept on flowing. Did the necessary first aids and think it was good after that.

Few hours later, the pain from the bite didn't go away. Not sure why i have the feeling of 'no pain no gain' mood. I was very content on withstand the pain with no painkiller and all.

Nway, i slept with the pain. like 'chill, i have a cat bit near my thumb n i'm all ok eventhough the thumb almost look purple like a brinjal'.

Next day, i woke up and realized the bitten area became a bit swollen. It was a hard to move the thumb at first but after a few hours, the pain subside.

Still, i bought a gel to decrease the bruise.

Did it went away? Nope. Instead of purple, then it became red.

But there was no pain anymore. There was just the redness. So i had to surrender and went to the hospital with my father. Got myself a tetanus shot with a smile from both the doctor and the nurses when they heard i got it bcos of a little kitten.

And oh, an antibiotic too. Cloxacillin.

So now the pain is gone and the colour is in natural state.

I realized that if you want to have a pet, you better get yourself a tetanus shot first. Even a vet student needs that. So pet owners must too.

Bye then. I suddenly have a need to blog cos i have something on my mind.

Ps: the doctor asked me if i want a painkiller. I said no cos i might get addicted to it. I didn't tell her that tho.

Been in a complicated mood nowadays. Since November, my life was a bit up and down. Since the day i hit a pillar at Blue Wave Hotel and left a big mark on the BMW Z2 that i drove, my life had been a bit stressful.

Oh. Did i say i drive a BMW now? Cool huh? my juniors were like "whoa!" but since that ugly smudge appeared, the BMW lost it glamour. Cis. I'm too lazy to spend my money to touch up the car.

Now that this topic is about luck, another unfortunate stuff happened the next 2 months after November.

I fought with my dear immature brother.

First, it was because i told him he treated my other brother like a slave. And he got really really mad. And he cursed me after that.

A month after that, we had a fight again. Because i told him that the Macbook he was using is mine and that he needed not be stressed about the laptop being wrecked. he got mad and kicked my legs and hit my head too. Maybe 4 times? I did got a bruise at my shin after that. Had a hard time to pray for the few days tho.

So i told my maid about it. And my maid told my dad. And my dad told that brother of mine that if he did that again, he'll be kicked out from the house.

Obviously i stopped talking to that brother of mine. I avoided him. But i think my father's warning made him realized that he needs to take care of his temper and me not talking to him is not making his life easier cos really, without me, how can he live?

This might be unlucky for some, but hey, i was actually lucky. My sister was there to stop him from hitting me harder. What do you think will happen if i was alone with him? I might be in the news 'brother hit sister till die?' oooooooh.

Thing is, i didn't cry when he hit me. I was holding my phone tightly. I was preparing myself to call 999. I have my rights. The guy lose the temper like an abusive drunk husband. Lucky him and lucky me. Things could be settled.

I am not sure what my intention for blogging this. But let just say, if somebody hit you, maybe you should just prepare yourself from being far from that person. Thing is, that is a dangerous love. You can live a better life without being abused. That time, i had people to stop him and me. Next time, i am not sure myself. Do your right as a human. We are human, we do not need to be treated badly just because women are weak but because we are human. 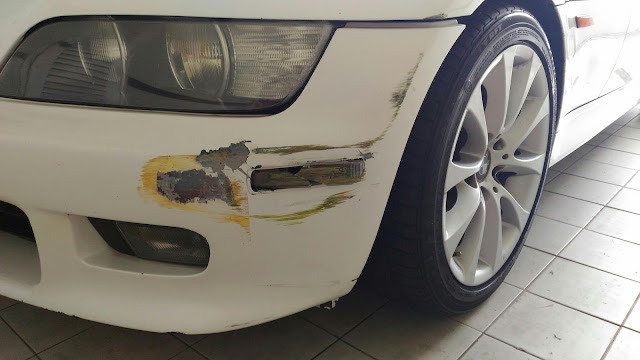