The Stories of Those Around Us

I was walking home to my car at UiTM during the evening and i realized that was in a brilliant mood.

It was the same feeling that i had after a day of seeing a handsome guy that smiles at me. Tho i saw no handsome guy but i had a pretty damn good feeling.

Then i realized, it was Wednesday.

My favourite webtoon is released every Wednesday.

And i damn well love it.

The webtoon is titled 'The Stories of those Around Me'.

My kind of reader pleasure. The story is sooooooo sweeet and shoujo-ish. Tho the webtoon is a Korean webtoon but you can imagine what i feel.

The story is about 3 girls but currently it talks about the story of Mira, who is almost 30, i think, who has a crush on this guy that he met at a subway, called Peace.

It is the typical romantic comedy storyline. Tho personally i like how nice the people around Mira supports her and how Peace sees her. And i love how real it is to reality. Because Mira's reactions are the same reaction that i had whenever something lovey doey stuff happened to me. And she kinda experiencing what i had, so i end up supporting her as a reader.

Tho the sad part is that Mira has a good chance of having a special relationship while i have no chance cos i currently do not have somebody.

If only i have one.

Oh, based on the latest chapter, Peace and Mira are having an ending that i have not had yet. Haha.

Anyway, if you want to read the webtoon, download LINE Webtoon app and search the title. Plenty of good webtoons in there too. Tho my personal favourite is this story. 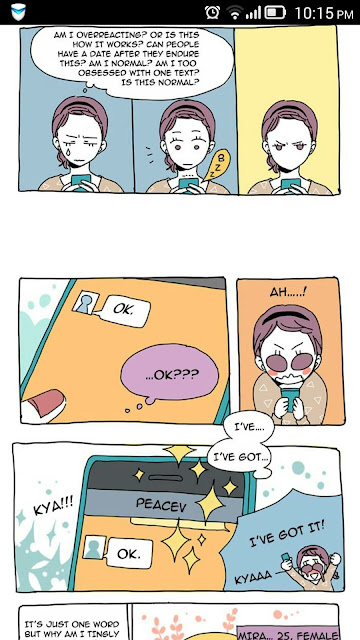 a tale of an arrogant brother.

few days ago, i was watching the tv with 2nd brother, and all of sudden, my 1st brother suddenly appeared and said "alia, when you have plenty of money, buy your own tv and you can watch all your Korean shows from that tv of yours. and also because there is another person who also watches Korean shows beside you" he eyed my 2nd brother when he said that.

and then i said "i don't have any money" tho i should have said "i'm saving myself for a PS4 and buy my own tv to play that PS4" but i was not that creative at that moment.

and then my 2nd brother defended himself and said "Alia watches dramas and tv shows. i only watched tv shows" which actually incorrect because i only watch variety shows from the telly, but watch dramas from the computer instead.

but i only stayed quiet and ignored whatever those two people said.

but they still continued to talk.

after my 2nd brother defended himself, the 1st brother said"it is because you don't have any job, so you just stay at home and do nothing but watch the tv. that's why" and so he said the usual 'you no job, you useless' when he also was that kind of person few months ago.

"do you know that you don't do anything right now?? nothing. it's because you have no job" the first brother was almost shouting when he said this.

"but i actually did something to search for a job" the 2nd brother added.

i was quiet, if you were wondering.

"YOU DID NOTHING. YOU HAD TWO INTERVIEWS, BUT YOU DIDN'T GO TO ANY OF THEM. ALIA TOLD ME THAT!" so the first brother involved me in his yelling. how sweet of him.

"do you know what job was that? it was a job at a call center". not a wise reply, 2nd brother.

"BUT AT LEAST THAT JOB GIVE YOU APPROXIMATELY RM1800++. MY SALARY IS NOT EVEN AS MUCH AS THAT!" the first brother continue to yell. it is true. he always complain about his salary.

the 2nd brother did not say anything.

"YOU DIDN'T EVEN PRAY! AT LEAST PRAY FOR SUBUH! BUT YOU DIDN'T! YOU DID NOTHING!!" the first brother shouted again.

i was trying not to say out loud,'you also don't pray la, you idiot'.

my 2nd brother stayed quiet. his face showed that he was upset but he tried to not yell back. wise move.

i also stayed quiet. i was watching Hello Counselor.

and to be honest, the problem in Hello Counselor is more complicated than these 2 people fighting against each other.

why? because watching my first and second brothers fought with their own words about something so ridiculous like that is embarrassing. the embarrassing part is, the one who yells did not even realize that he was once the same person as the person who was yelled at. but that person who did the yelling forgot about his past, that he thought he is a better person than that person who he yelled at.

it was stupid, immature and arrogant.

you has a job and you insult those who did not.

that person who yells only assumed that the other person did not work because he did not has any plan to have a job.WHAT'S WITH THE ASSUMPTION? maybe that person really really search for a job, but he just did not mention it? so you has a job, and you think you are better?

again, what's with the yelling?

second story: the first brother has his own car but the steering wheel is a bit off, so he does not use it, but wait for someone to repair it. the car still haven't been repaired for almost 5 months.

so he used someone else's car. whose? mine and others.

and then he entered the car and it currently has this fishy smell. the guy became furious. and he asked me, with anger, "where did that smell came from?" i just said"they went to the market this morning. maybe happened at that time?"

and he became more furious. long story short, he suddenly said that we are irresponsible because we did not take care of the car.

i stayed quiet and just played Candy Crush. the guy continued with his talk"you also used that car. you should have taken care of it better"

i tried not to smirk.

did he not think when he said that?

it was ridiculous. my maid already Febreze-ed that car. she even brought it along when we went shopping just now. we knew that the car had a fishy smell. we wondered how it'd happen but we tried to eliminate the smell.

but it didn't work. so we just let it go.

but the guy did not know that. he assumed we were just being lazy about it. he assumed that we were being irresponsible.

and then he went outside and came back again and said "i hate it when you do not care about the car".

TAKE CARE OF YOUR OWN DAMN CAR, YOU IDIOT.

and then he complained again and cancelled his plan to go out just because the car has a fishy smell.

this is ridiculous. i do not even know why i even blogged about this. 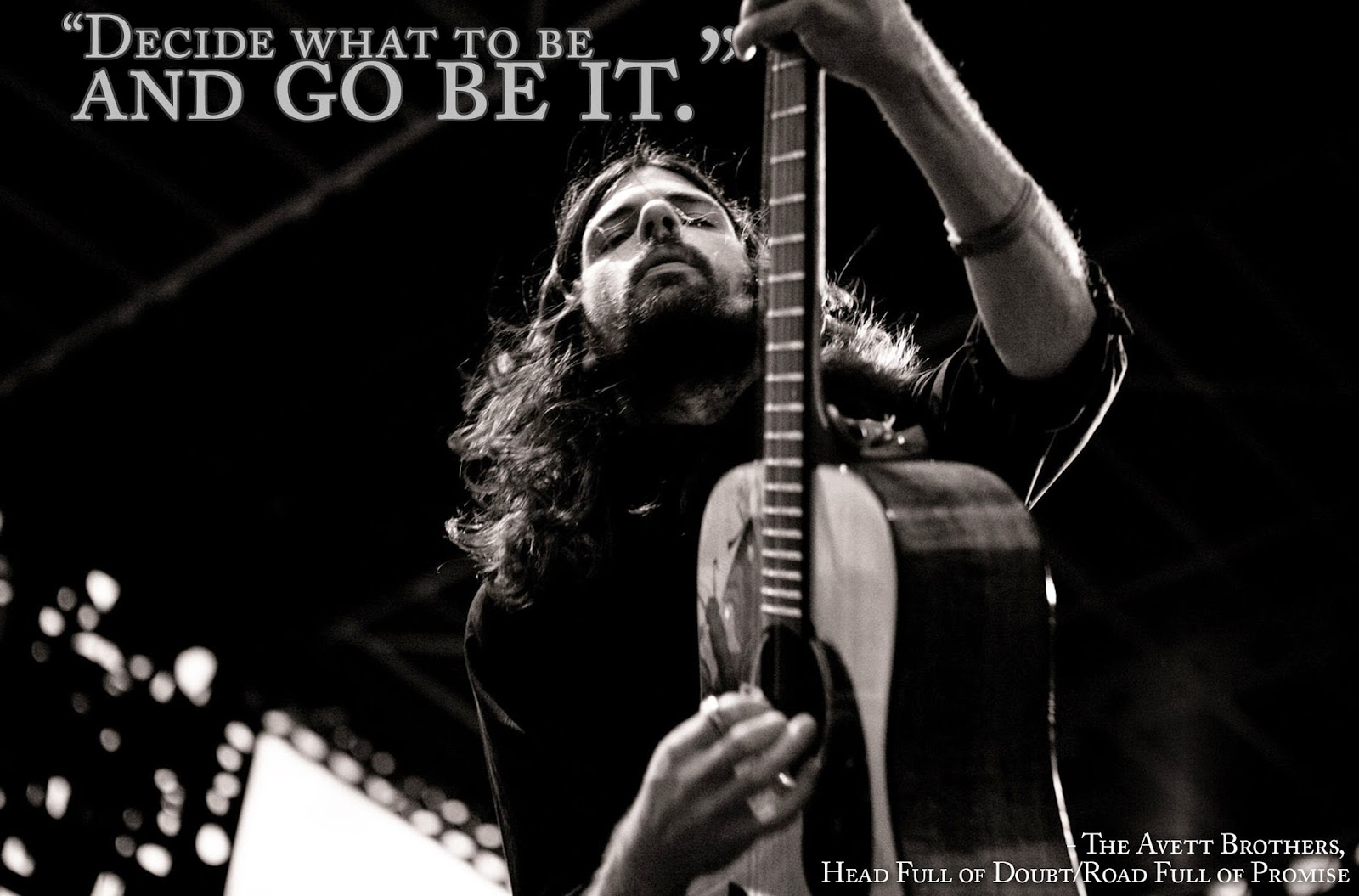 you are your own view

today, a senior of mine told me this lovely, funny but a tiny bit sad story.

"Alia, you want to know something? yesterday, Dr Faiz asked me"do you know my student, Alia?" and then i said"yes, i know. why?" and then he said"oh. friends with her, ok?""

am i that lonely??

granted, i am always alone in the lab. i have to search for friends instead of making one. few months ago, the juniors were kind enough and always asked for help from me and tried to friendly. this semester tho, the juniors not so... friendly.

ah well. maybe i have a serious face after all.

there was a time i asked this young lecturer who taught me pre-calculus. she was nice. i asked her if she has any 1st impression of me. and she said"you looked arrogant when i first saw you"

i could have ignored it and forget about it but i still remember her answer till now. it is the way she said the word 'arrogant' that make me  still remember that answer. she looked...bitter.

ah well. as long as i know who i am, that is all that matter.

i liked this week's episode of Hello Counselor at KBSworld that had BEAST as guests. i love the way the fashion terrorist ajumma explained why she wore that funny and immature looking clothes. she had short curly, orange hair with a ribbon band on it, a pink clothes and heavy,glossy make-up on her face. and oh, she was not that thin, so she looked a bit ridiculous with those stuff on her. her daughter sent a concern about her because she wears that kind of clothes all the time and she is 43 years old. so her daughter wants her to stop.

"i do not care what other people think. if this stuff makes me happy, i am happy. why must i be unhappy just to follow what people said?" i think she said those stuff, sort of.

what she said was astounding. and she even add, "when i was young, my mother had plenty of clothes but she never wear them. she always wore the same one. one day, she went to my school. i was so embarrassed of her, i hid instead". she was almost in tears. the MCs could not say anything to her. her daughter changed her opinion, and instead told her to stop spending $1000 on her weird clothes but spend half of it instead. her mother agreed, and all problems settled.

and that, people, is why you must not care what people think. be wise. people might complain and say that and that, but that same people who complain also like that.

take me as example. there was this cute boy at my faculty but i often complained that he wore the same boring t-shirt all the time. but then, i realized that i also wear the same hijab, and the same shirts and jeans to my faculty too.

so, be wise and never care what the world think. you live for yourself and most importantly, for ALLAH.