few hours ago,which was yesterday,the May 20, and also a Friday, n oh,by few hours, it also meant 7 hours ago, i just met 2AM. 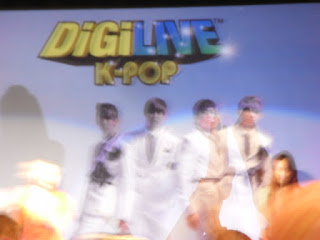 which consist of Jo Kwon, JinWoon,ChangMin (not that Changmin,no) and SeuLong.
the people that have good bodies.


correction: their bodies ARE WOW. very very WOW, all 4 of this people's abs were on the covers of Men's Health magazine. 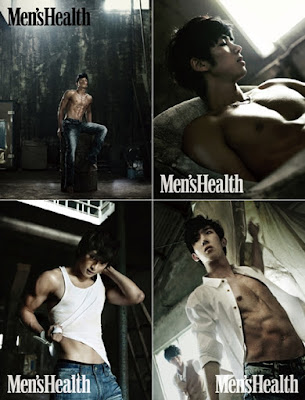 not the covers.but still in the mag.

anyway, i met them.

the bad part about meeting them?
the were fully clothes. totally not show-some-skins-or-abs appearance like in that Men's Health magazine.

the good part?
i MET THEM in real life. 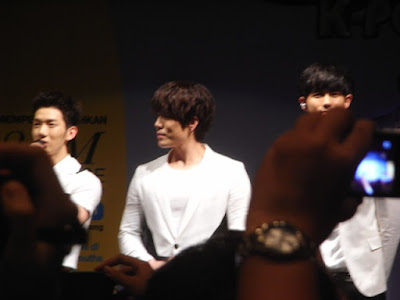 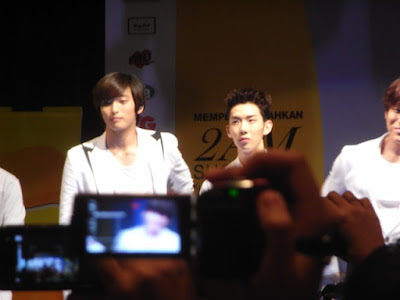 and another good part?
i have their autograph.

and this is when the real story begins:

it was an Autograph session, organized by DiGi and Universal Music Malaysia. also sponsored by ERAfm and some others that i couldn't remember. the venue: Wisma Bentley Music.

from the DiGi Youth's facebook, they said if we don't have the 2AM's Saint O'clock repackage album, they'll give us a free poster for the 2AM members to sign.

so all 3 of us; EmiliaSukaMelatah, AqilahPrasanCute and I thought, we didn't need to spend money to buy the album. cos we'll be given posters for the autograph session cos that's what normal people think.

to make things better, NadiaSepet tweeted and EmiliaSukaMelatah told me about the tweet that they'll give you a free 2AM's album to each of the fans.

so we have this thought "oh wow. maybe we'll get a free album and they can sign on that"
and so we thought like that.

we arrived at the venue, a little bit later than the other fans who already screamed inside the hall that did not have 2AM. we showed them our tickets. we were given some useless (maybe useful for them) numbers and we were asked "you people already have 2AM's album?"

the person who asked was one of the DiGi's staff.

we said No.
and wow they had this bewildered face on their face.

they asked us "where did u buy the tickets?"
i answered "during the pre-sale"
DiGi people "oh. you bought from DiGi."
i looked at them weirdly.
and then they gave us posters.

EmiliaSukaMelatah was anxious a bit. she told me that 1 of the staff told her that the posters are not allowed for the autograph session. she told them that the DiGi website said we can use the poster that'll be provided, but the staff there were kinda clueless about it.

we asked around, as we still anxious.

so Emilia and Aqilah went to the staff and asked again.
the staff said we can use the poster for the autograph session.
cool then. no anxiety after that.

i went to the staff.

tho some stuff still happened when the people on the stage saw us using the posters for the members to sign.

Staff: EXCUSE ME, NO POSTER~~! *she said that to EmiliaSukaMelatah*
Emilia: *already put the poster on the table*
ChangMin (2AM member): *already signed the poster*
Alia: oh oh. we can.
other staff: they are acceptable.
staff: *not happy*


anyway, the conversations that i had with the 2AM members whilst they were signing my poster: 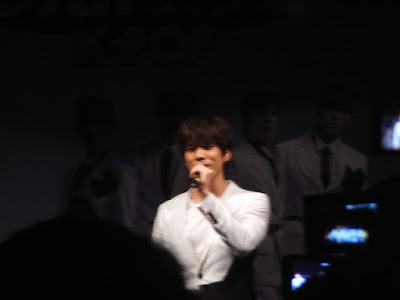 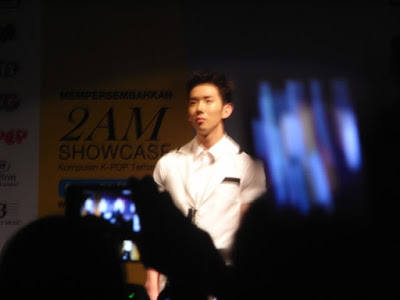 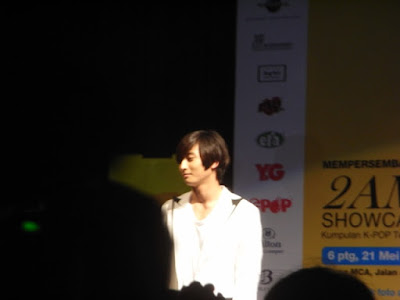 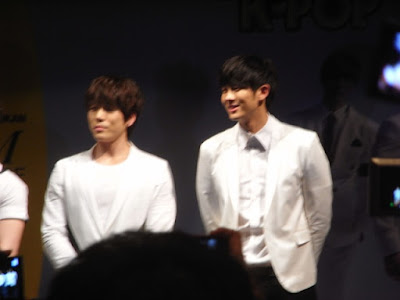 ChangMin is handsome. better looking than the one on tv.
JoKwon is nice.
JinWoon is very cute.
SeuLong is very handsome from afar, but very weird up-close. his face had too much make-up, he looks weird. still handsome.

the showcase will be tomorrow. so maybe i'll blog about that too.

maybe. if something really interesting happen to me or to 2AM.haha.

ps: i'll upload the image of the poster later.
as blogged by Alia Liverpool at 3:28:00 am

Email ThisBlogThis!Share to TwitterShare to FacebookShare to Pinterest
Labels: 2AM, autograph, kpop