a handsome, tall and always smile. 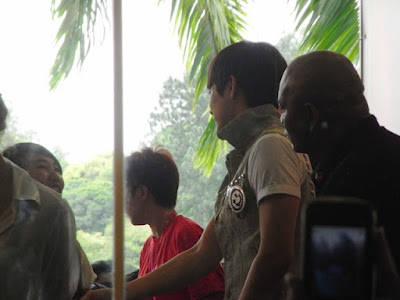 he even got himself a very big n bald bodyguard.

apparently, he was quite a playboy. he was shaking hands with other girls. and some of them even got a hug from him. the girl that got that special treatment was too excited, she kinda shrieked after that. quite interesting.

i saw him from afar, i thought he was some worker that was involve in this some not-so-famous event at that place. but when i saw him, he was like "wow,he's a player~"

but he was shaking hands with plenty of women!! erm, no.
plenty of GIRLS, young teenage girl. just like ME!

and oh, 2 girls that just got their hands shaken by that guy appeared near me,plenty of smiles around their face. funnily, i know them. 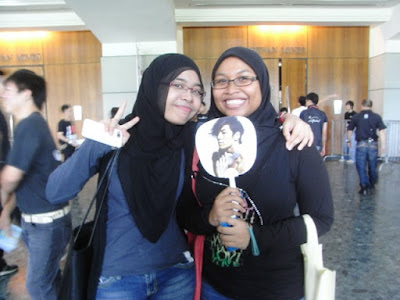 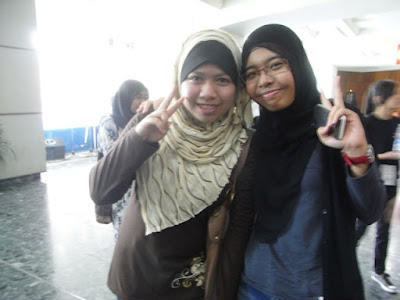 i was like, 'THIS GUY~ EVEN MY FRIENDS HERE ARE ONE YOUR SCREAMING GIRLS??'

oh. this song was in the air at that that time: "DIGITAL BOUNCE, DIGITAL SOUND, DIGITAL X."

i know that song. my sis even know the dance of that song.

his name is weird, just like his song.
erm, SEVEN? that number? 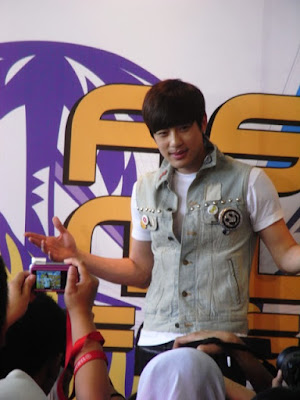 nice guy. always smile. he smiled at these 2 friends of mine, AsyaPrasanComel and YayaZureen. he even looked at them.

i tried to waved at him. he didn't look at me. i shoved my camera in front of him, he only looked at that hideous purple camera... 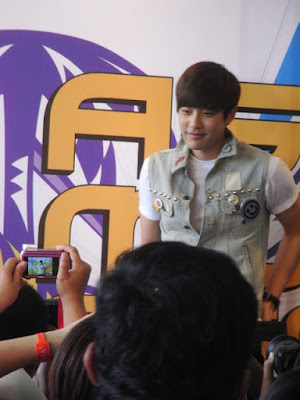 that purple camera is not mine, mate~

no chance of him to BE my loverboy~~

the MC there told him to talk some stuff. he talked something: he didn't know where's the venue for his next show.
nice.

and then, he bye-byed us.

i saw his vehicle. it was a white van. a van. not an Alphard. not like that cool white Alphard that other Korean celebs used.

that's what happen if you don't look at my camera. you got a 'common' vehicle as your transportation.

ps: all this are just humour. i just saw him at Malaysia International Exhibition & Convention Centre (MIECC). i know you don't know that place cos i didn't know it either. anyway, it's near at Mines Shopping Mall. and SE7EN is (still) here at that place because of that ASEAN Music Festival. i think.