ok now. if i show you these 2 pictures,can you guess who they are? 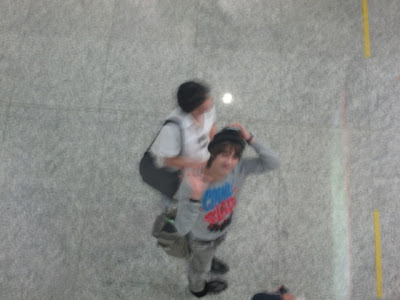 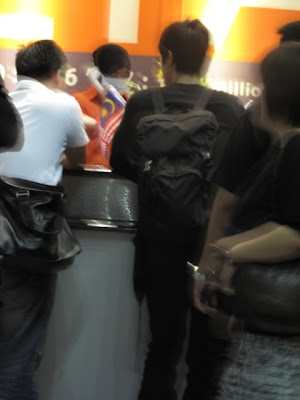 and this Boys Before Flower's back?
CORRECT! they are SS501! 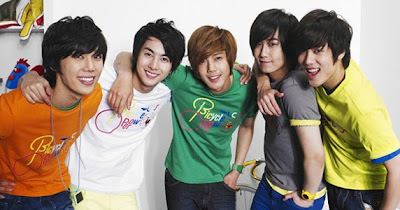 but the bacteriology lab on the nighttime was canceled, so after much thoughts, we (aqilah,alia,afiq and emilia) went to One World Hotel just to see this korean men.huhu. 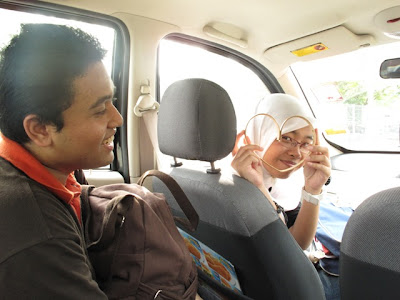 yeah peeps.we brought a FANBOY!!!!
ok.i know SS501 is one of the few things that ever appear in my blog,but still,they ARE one of the Korean famous boybands. and all of them are cute. so,better i check it out,rite?haha.

so,we went to the hotel hoping that we'll see them in flesh. but nope,that didn't happen. only the peeps that bought the album can enter the autograph session. someone like me who still broke,can't enter. and it was around 7pm,and we nearly missed our iftar.

and while we were outside,looking at the fans that look like "OH MY GOD!! HYUN JOONG!! NANTI AKU JUMPA DIA!!!", i saw this 1 girl,that i totally know. she's my best friend after all.how could i forget her newly slim figure and her excited gestures. so,as i was watching her, i shouted at aqilah and emilia,"HANI!!!!!HANI ADA!!!" and who would expect that someone that suppose to be at UiTM Perak to be in a SS501's fanmeeting.haha.

anyway, emi and aqilah saw an alphard in front of the autograph hall.and we heard that the boys had 15minutes to end the session cos they'll be going to KLIA. and then,those 2 girls made this plan, that is, to see the SS501 boys at KLIA,when they depart for Korea. aha.

while aqilah getting her car,just to prepare ourselves to go to KLIA, i was with afiq and i told him i was shaking cos the situation suddenly reminded me of my near-death experience during the FT Island's fanmeeting. and then, i saw hani and i went to her.she was surprised to see me,and she said that she got Young Saeng's autograph,but she wants Hyun Joong's autograph.and so, she wanted to enter again. however, we found out that the last remaining fans couldn't get the autograph cos the time for SS501 to go to KLIA already arrived. seriously,it was sad for those fans who already bought the album and had to wait long to enter.

plenty of things happen while we were waiting for the boys to come out from the hall.but after 15minutes or so,they still not out. suddenly, the girls suddenly chased this one particular alphard,and aqilah,emi and me thought that the boys were in that car,and so we need to chase them. found out,that the car was just a decoy.stupid really.

and that's not the only time that the organizer tried to fool us.

the story at the KLIA will be in Part 2.aha.
tata! 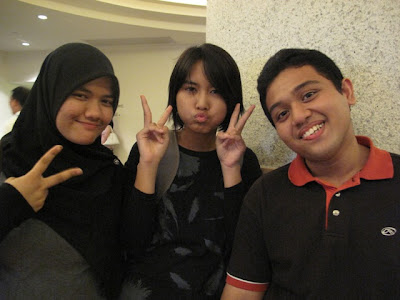 credits image: Puteri Emilia Fazrin & Kpo4ever@WP
as blogged by Alia Liverpool at 1:39:00 am