this is ANOTHER k-pop post.so, go to redtube.com (for the guys) or barbie.com(for the girls).

ok.we (k-pop world) have SNSD,Wonder Girls,2NE1,KARA and 4minutes for the girls group. the ladies (me included) will love the boy groups especially the likes of DBSK and Big Bang,cos why? we are woman,and our hormone are mostly towards the men,that's why.

and the likes of SNSD girls gedik2 to our(?) men are no-no to us.

seriously.i'm not into them PERSONALLY.

still, eventhough i hate SM Entertainment for making DBSK's life miserable,i'm still thankful that Lee Soo Man has the plan to debut a new girl group,and that is,f(x). sure,whatever you say. i like them. eventhough La cHA Ta is not that cool song like 2NE1's debut song, this girlgroup has cool dance,hot body and yeah,AMBER!!!!!!!!!!!!!!!! both me and emi talked about him,i mean HER. seriously, she's the best among all the girlgroups' member i know. still,it's awkward when you heard the fangirls SCREAMED for AMBER,a FEMALE.they screamed cos that FEMALE threw her hat.

whatever, she's a tomboy,has a hot body and pretty. 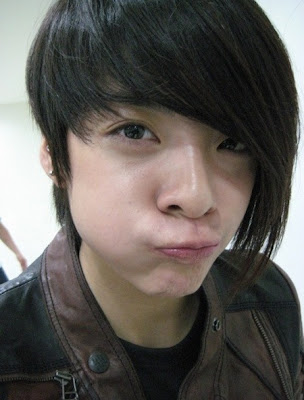