last week, i went to sunway pyramid with aqilah and kp.

and on our way to the carpark, i saw a banner that has Mika Hakkinen's face;a banner that is similar like this(but not quite) 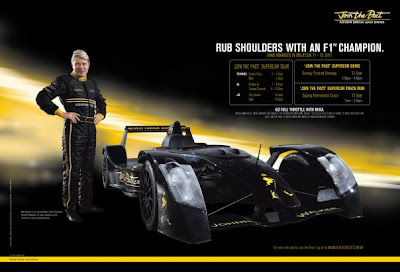 ok. i know not many of you know this guy,so i better intro about him for awhile.

around 6 years ago, i was crazy about Formula One. at that time,i'm not yet a Liverpool fanatic. when i was 11, i had this book about F1. i wrote all the datas about who won the race and all. and at that time,i really,really hate Michael Schumacher,cos he was Mika Hakkinen's rival.

Mika Hakkinen was a 2 times F1 world champion. he won the 1998 and 1999 championship.and then,around 2002, he retired from F1.seriously,i was sad.i almost cried. it's not like xabi alonso left Liverpool kind of feeling.it's more mutual than that.haha. " and aqilah who was driving the car was like "nape2???" and so i said "MIKA HAKKINEN!!!!!!" kp and aqilah blur. they know nothing about Formula1 and it was useless for me to explain more to them.

at that time,i wonder. why the hell there's a Mika Hakkinen's banner at SUNWAY PYRAMID???

but at that time,i was more concerned about the iftar at tokyo-g than mika hakkinen.

my brother was watching Sportscenter Malaysia just now,and suddenly,Mika Hakkinen appeared in the news. so...

so i checked the net. 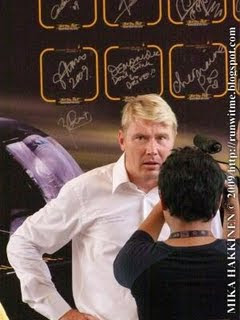 ai~~. i missed THIS!
dear Mika Hakkinen, i missed you and your helmet. 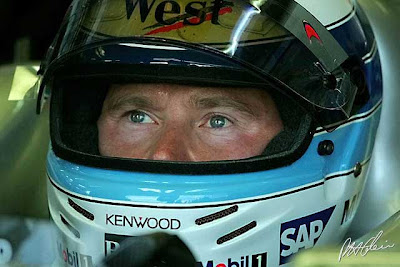