yesterday's iftar was at pak uda's(i still use this term) house...hoho.

ok.
the food wasn't as good as at acu's house,but still, 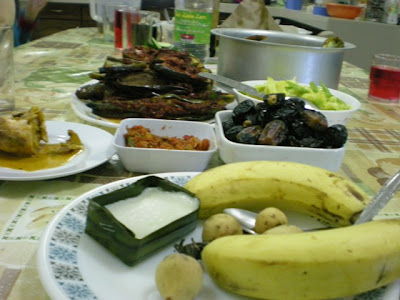 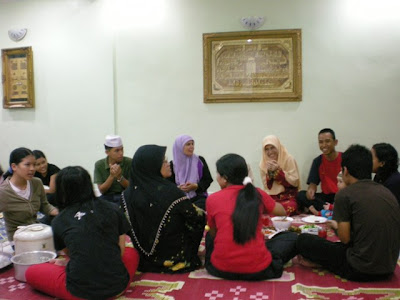 and after that,we had solat Isya' and terawih. and i forgot the niat for Solat Witir. seriously~~! prove that i haven't solat terawih for some time already.ai~

and behold,a new trend! Telekung Pose is the new Chanel.haha.just look at these pics. 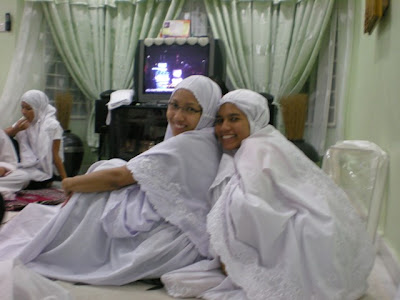 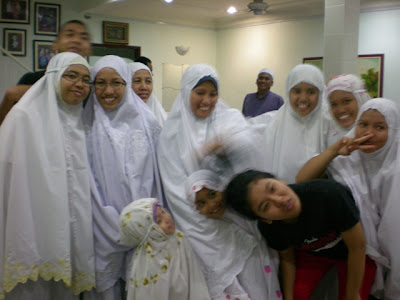 kononnye nk pi Mekah la ni.
cool eh?
tho not as cool as this. 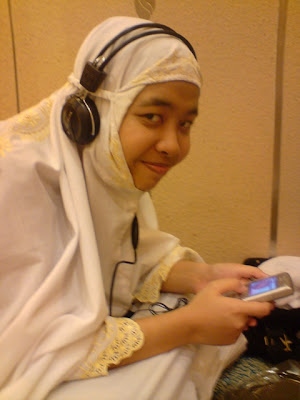 haha!
anyway,we celebrated Mak Uda's birthday at that time.she's 56 this year. and people wished her to live a long life,and also maybe,meet a new man,at the same time as her daughters. (Pak Uda already passed away) and yeah,people found it funny. 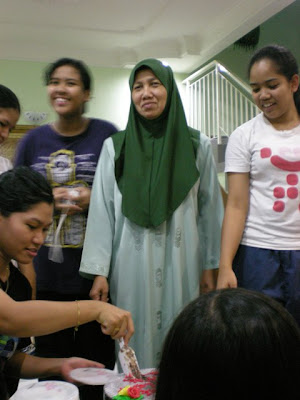 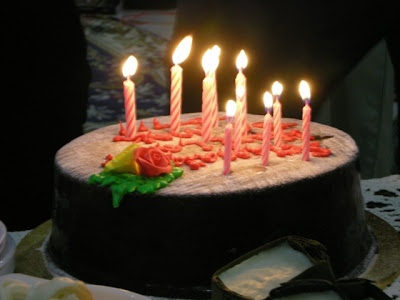 and this is her BIRTHDAY CAKE!
and that's Chocolate Indulgence from Secret Recipe.huhu.

there was this conversation between me and mak long.

Alisa found out that the Secret Recipe cake is Chocolate Indulgence,not Cheesecake.

n this is d first n last bukak pose reramai for me utk my ramadan this year!
hate it! hate it!