"We would like to keep him but as soon as he told us that he wanted to leave we started working, looking for players and trying to do the best deal for the club," said the Liverpool manager.
-Rafa Benitez

it's upsetting already to know that he(xabi alonso) already have Real Madrid in his mind BEFORE my 1st Liverpool match (i.e Singapore vs Liverpool).

but still,i respect Rafa.when he said that he only do the best deal for the club,i know that this man is the best.

and i also realize something else.

hehe.
nobody can say that i only support Liverpool bcos they have handsome men.haha. 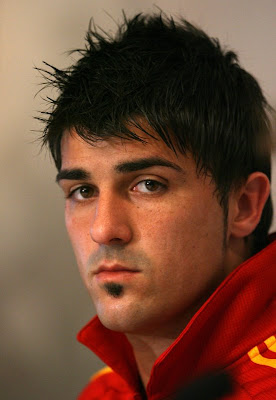 yeah.
a girl can dream.

Rafa said before that he's not interested with David Villa and even Torres said that this guy here will not play outside Spain.

still. a wish like this is not impossible rite?

i remember that i thought a wish like Fernando Torres to Liverpool won't exist.still,it happen,rite?