Staff from SM Entertainment, on December 2nd, said “Commission of Youth Protection" has determined MIROTIC as one of the songs that are banned, therefore we will release and edited version. However, this decision will not necessarily satisfy Commission of Youth Protection because they have their own measure apart, but this step must be made to prevent further effects."

‘Jumun’, ‘nol kajjeosso’, then ‘i got you under my skin’ and some words in the song are stated as ‘lyrics that can be harmful to teenagers’ by Commission of Youth Protection. The new version (edited version) of MIROTIC can be seen as soon as possible in TVXQ’s next activities.

a clean version of DBSK's mirotic...they wanna change the 'under my skin'

what will aiman sing after this?...he already memorized the 'wowowo' and the 'under my skin' part....

k,eventho he sang it 'under my sin' instead of 'under my skin',but he's 1year old,what do you expect anyway..?

and maybe if the lyric is 'under my sin',the album should be banned then...cos,obviously,under my sin is bad....

maybe the kiddies in korea pronounce it the same as aiman,they pronounce 'under my sin',and so the people of the protection youth(something like that) think this song should be banned or change the lyric to something cleaner..

'under my sin' doesn't last long tho,aiman already change it to 'under my kin'...

and that is clean~~

i should tell the korean people about this... 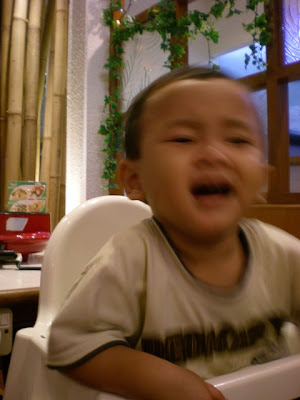 Email ThisBlogThis!Share to TwitterShare to FacebookShare to Pinterest
Labels: dbsk